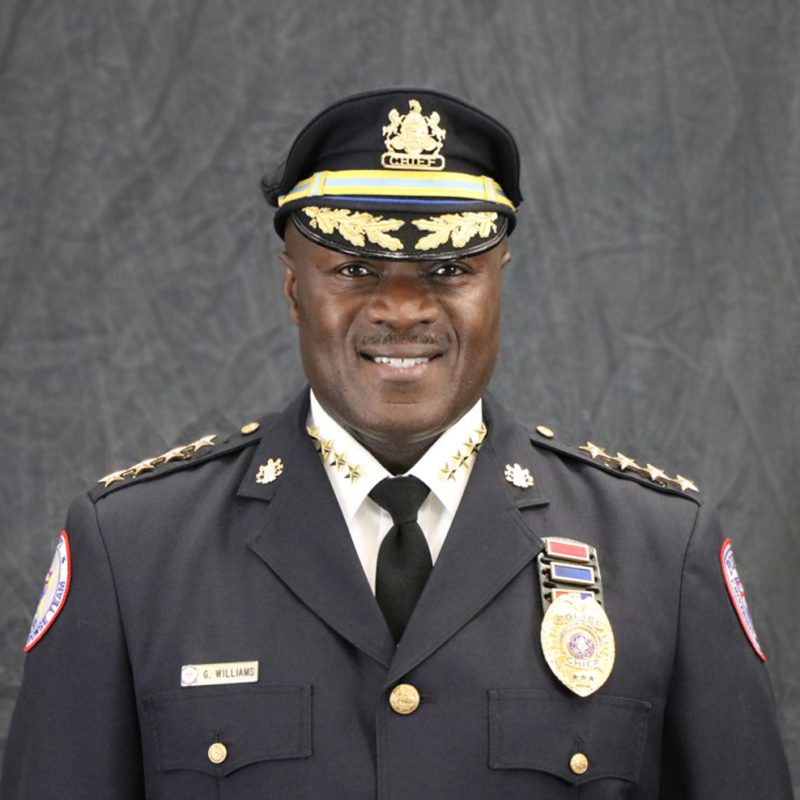 Gary Williams, a 21-year veteran of the University of Pennsylvania Police Department (UPPD) was selected to serve as Chief of Police following an extensive search. The announcement was made on January 17, 2023, by Kathleen Shields Anderson, J.D., MBA, Vice President for Public Safety.

Gary Williams joined Penn in 2001 after spending four years with the Philadelphia Police Department. He was promoted to Sergeant Patrol after just one year with Penn. He next held the Executive Lieutenant position, where he served on the accident Safety Review Board, Emergency Response Team, UPPD Bike Unit, Police Athletic League commander and the community response unit. He also served as the Liaison to student groups across Penn’s campus. Gary was then promoted to Captain of Patrol, where he held responsibilities for management of daily Patrol Operations, police operations activities and compliance, and liaison with local community organizations.

Vice President Anderson appointed Gary as Interim Chief of Police in May of 2022. His role expanded to include a larger management portfolio, with responsibility for daily operations, uniform patrol, criminal investigations, event and emergency management, medical and mental health response, and community engagement.

The University of Pennsylvania Police Department (UPPD) is comprised of 121 full-time sworn police officers. All UPPD officers are certified by and receive their law enforcement authority through the Commonwealth of Pennsylvania Municipal Police Officers Education and Training Commission (MPOETC).